ANY QUESTIONS? FEEL FREE TO sales@britishmotorcyclegear.com, CALL 732-898-2646 OR LEAVE US A MESSAGE 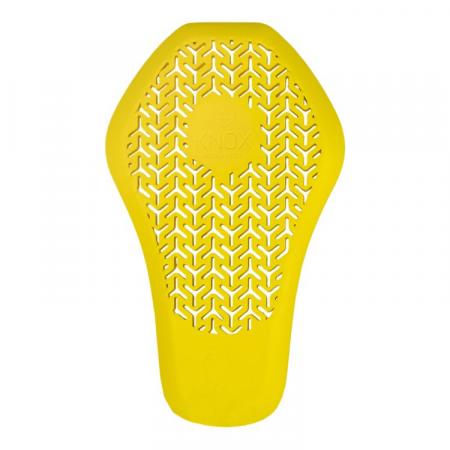 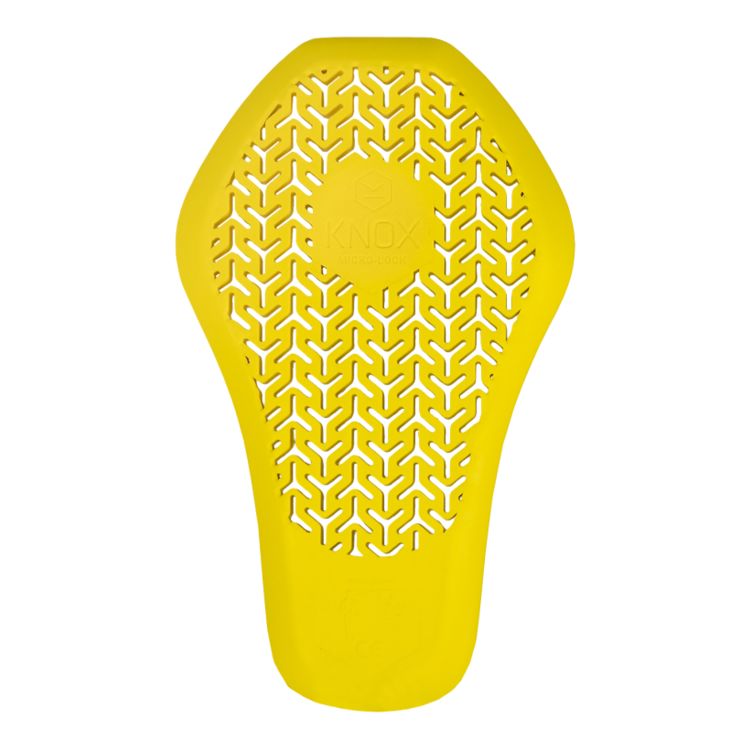 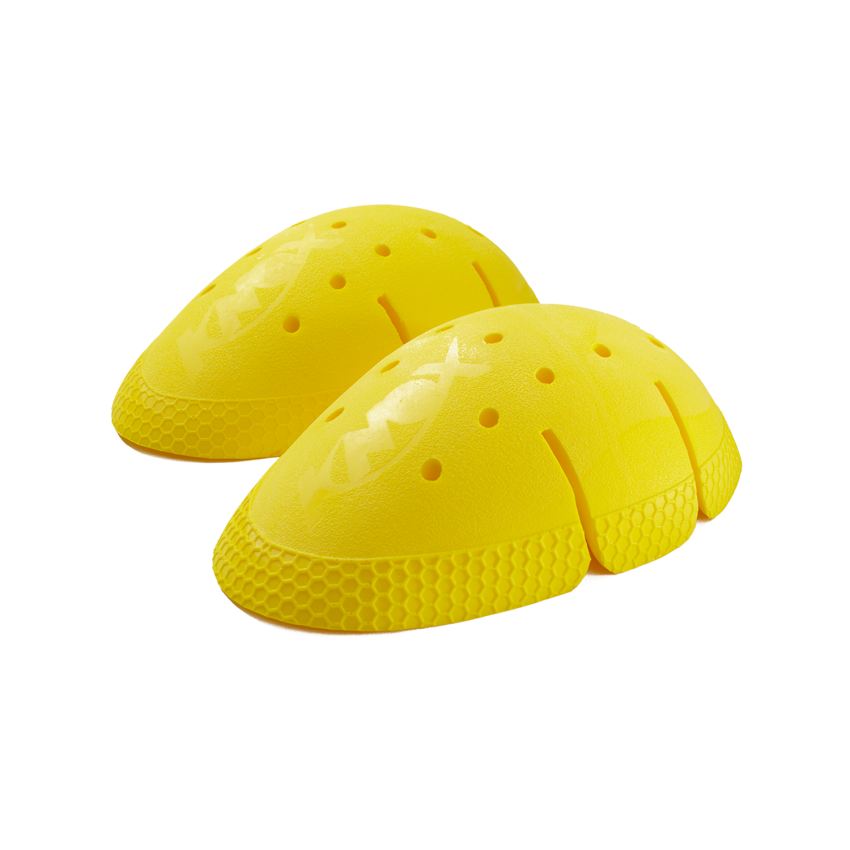 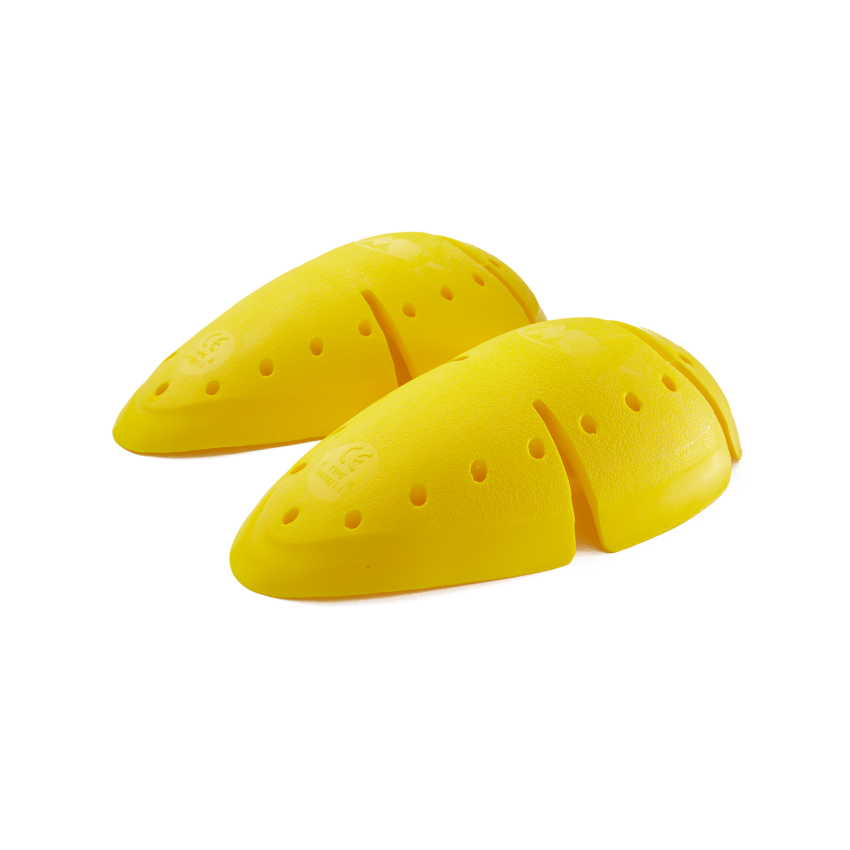 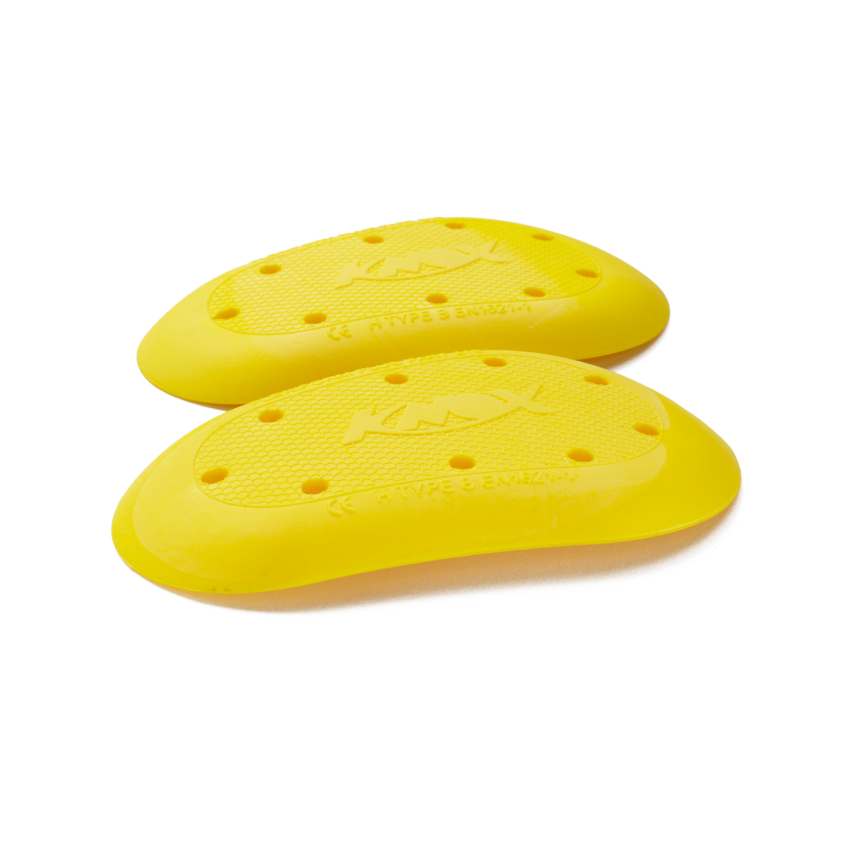 Knox Microlock CE Level 2 Back Protector Insert
Knox Micro-Lock armor uses smart technology and properties to keep the armor super soft to the touch but allows it to lock when impacted. The locking action increases the amount of impact absorbed by the back protector and reduces the energy transferred to your back.

There are two European standards covering “motorcyclists protective clothing against mechanical impact” – EN1621-1 and EN1621-2. EN1621-1 covers any body part protection except back/spine. EN1621-2 covers back/spine. There are updates to the standards from time to time and so the year the update comes out is added as a suffix to the standard such as EN1621-1:2014[1] and EN 1621-2:2014.[2] Both standards assess the performance of protective devices by measuring the force transmitted through it when impacted by a falling mass.

EN1621-1 assesses armor designed to protect the shoulder, elbow and forearm, hip, tail-bone, knee and lower leg regions. The test apparatus consists of a mass of 5 kg with a 40 mm x 30 mm striking face, dropped onto the sample mounted on top of a 50 mm radius hemispherical dome. The anvil is further mounted onto a load cell, allowing a measurement to be made of the force transmitted through the protector. The kinetic energy of the falling mass at impact is required to be 50J.

A protector subjected to this test method is deemed to conform to this standard if the average transmitted force of nine tests is less than 35 kN, with no single test result exceeding 50 kN.

Because of the more delicate nature of the spinal column, back protectors require that lower levels of force be transmitted. The introduction to EN 1621-2 states that approximately 13% of motorcyclists injured in road accidents have an injury to this back region. However, only 0.8% of the injured riders suffer a fracture of the spine and less than 0.2% of injured riders have a serious back injury resulting in neurological damage. This is supported by evidence from the MAIDS Report (2004), the most comprehensive in-depth data currently available for Powered Two-Wheelers (PTWs) accidents in Europe.

Serious spinal injures are usually caused by axial forces due to blows on the head, or bending and twisting forces on the back caused by blows to the shoulders, hips and other parts of the body. In the Cambridge Standard for Motorcyclists Clothing, Roderick Woods asserts that the majority of spinal injuries are caused by blows to the hip and shoulders. In the rare circumstance that a motorcyclist received a direct blow to the back the damage would be unmitigable by armor. The concept of a “back protector” is therefore not endorsed by Woods. Although back protectors, as defined in the standard, cannot protect against axial forces they are required to protect the scapula and there is now considerable anecdotal evidence that wearing a certified back protector can significantly reduce trauma in a major accident as they reduce the effect of impacts on the ribs and lessen the blows to internal organs too. Knox Back Armour Exceeds the European Level 2 Standard.

There are no reviews yet.

Only logged in customers who have purchased this product may leave a review.